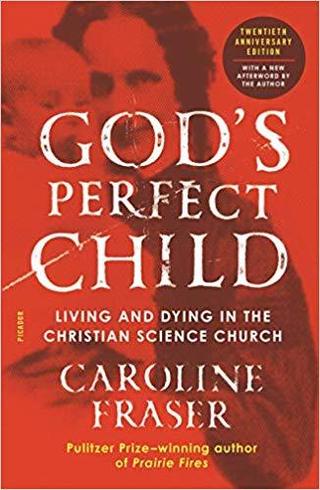 TWENTIETH ANNIVERSARY EDITION, with a new afterword by the author.

WITH A NEW AFTERWORD BY THE AUTHOR

Millions of Americans have been touched by the teachings of the Christian Science Church. Founded by Mary Baker Eddy in 1879, Christian Science is based on the belief that intense contemplation of the perfection of God can heal all ills--an extreme expression of the American faith in self-reliance. In this unflinching investigation, Caroline Fraser, herself raised in a Scientist household, traces the growth of the Church from a small, eccentric sect into a politically powerful and socially respectable religion. She takes us into the closed world of Eddy's followers, who reject modern medicine even at the cost of their children's lives. And she reveals just how Christian Science managed to gain extraordinary legal and congressional approval for its dubious practices.

A passionate expose of the dangers and delusions of religious zealotry, God's Perfect Child is a landmark account of one of America's most controversial and least understood religious movements.

"EYE-OPENING...THE MOST POWERFUL AND PERSUASIVE ATTACK ON CHRISTIAN SCIENCE TO HAVE BEEN WRITTEN IN THIS CENTURY." --Martin Gardner, Los Angeles Times Book Review

Excerpt from the Preface of God's Perfect Child:

1. At the First Church of Christ, Scientist, Mercer Island

I was God's Perfect Child. We all were, every last one of us, from the tiniest baby to the oldest old lady in the First Church of Christ, Scientist, Mercer Island, Washington. God was perfect, and so were we.

In Sunday school, we learned that There Is No Spot Where God Is Not. God was Everywhere and Everything, Omnipotent Supreme, Father-Mother, All-in-All, and we were His image and likeness. God was All. Matter was nothing. At the age of four or five, I gazed at the top of the Sunday school table, at my knees going under it, at the plastic chairs, at the scratchy sisal carpet. The table and the chairs and the carpet and the knees lookedreal, but they weren't. They weren't even there. They were matter, and matter was Error, and Error did not exist.

I believed all this for many years, the years that I attended the Christian Science Sunday school. I learned the Books of the Bible, the Ten Commandments, the Beatitudes, and Mary Baker Eddy's Scientific Statement of Being. I learned how to know the truth by thinking over and over again that I was spiritual and perfect, not material and imperfect. For a time I believed that our Sunday school superintendant, an elderly lady with a halo of white hair, who led us in singing our hymns and saying the Lord's Prayer, was Mary Baker Eddy, our Beloved Founder and Leader, the author of Science and Health with Key to the Scriptures, our Textbook.

We were always talking about Mrs. Eddy and her book. We said her name slowly and lovingly. We stroked the books, tracing with our fingers The Cross and The Crown embossed on the soft old cloth covers. We talked about her every Sunday. Even after I realized that our superintendent was really old Mrs. Bolton, who had a big house down by the water, I continued to believe that Mrs. Eddy was still alive somewhere, with white hair like my grandparents', because we talked about her as if she were.

The Sunday school was a big room, sunny, with two walls of glass. There were hardly any decorations. There were no toys. We were not there to have fun. We were there to fight off Mortal Mind, where Error came from. Mortal Mind had gotten inside our heads, under our hair. Divine Mind was All Powerful but kept getting away from us. We couldn't keep our Mortal Minds on the Divine Mind. We were full of Error. Mary Baker Eddy was there to remind us.

The hardest thing to understand about Mortal Mind was the fact that it didn't exist. We tried hard to know that Divine Mind was All and that there wasn't any room left for bad, old Mortal Mind. If we could know that we were Divine Mind, everything would get better. We'd stop crying. We wouldn't even want to cry. We'd never do anything wrong or feel bad, even if somebody pinched us or pulled our hair. Even if somebody did those things, we could squeeze our eyes shut and know that we were God's Perfect Child.

Often, on the drive to Nana and Granko's house after Sunday school, I would have trouble knowing that I wasn't car sick. Car sickness was Mortal Mind. Throwing up was Mortal Mind. I ran through my list of silent prayers that were supposed to make me feel better: "There Is No Spot Where God Is Not," "I Am God's Perfect Child," "Man Is Not Matter," snatches of the Scientific Statement of Being. But concentrating on the words made my hot head spin. I waited for God to fill up the world like the air in a balloon, but the air in the car just got worse and worse. Then I threw up, a horrible explosion of Error, the vomit snaking down my Sunday dress and the seat of the car. Now I was Error. Error was in me. Error was me.

My father thought so too. He was a real Christian Scientist, a Member of the Church. So were Nana and Granko. We had to pull over by the side of the road and clean the vomit out of the car, with hankies, so they wouldn't see it. When Error came calling, we weren't supposed to tell.

But it came so often. The ladies in Sunday school told us that Error was like a little man, a wicked little elf sitting on our shoulders, whispering words in our ears. Whispering Sin, Sickness, and Death. We read the Ten Commandments. Thou Shalt Not Kill. If we listened to the little man, we could kill with our own words, our own thoughts. If we thought bad things, or said them, they would happen. So we had to think good thoughts all the time.

But all the time was too much. I was always throwing up, or wetting the bed, or sneezing, or saying the wrong thing at the dinner table. One day at East Seattle Elementary, during the first grade's rehearsal for Assembly, marching in line into our assigned spaces on the bleachers, my head spinning, I suddenly threw up in the middle of the gym, on the gleaming, waxed floor where the boys played basketball.

"Why didn't you tell me you were sick?" Mrs. Bruhn cried. Mrs. Bruhn was not a Christian Scientist, and she didn't realize that I couldn't have told anyone that I was sick. You couldn't say"sick." Saying it made it real. I was sent home, in more Mortal disgrace than the exasperated Mrs. Bruhn could ever have known. Because my parents were still at work, I had to go stay with the old lady who lived next door. She was not a Christian Scientist, but she was nice anyway. She made me lie down on her nubbly couch and covered me with one of her crocheted afghans. I lay there through the afternoon, thinking and thinking. What was the matter with me? Why wasn't I God's Perfect Child? Why couldn't I Know the Truth? If There Was No Spot Where God Was Not, where was I? 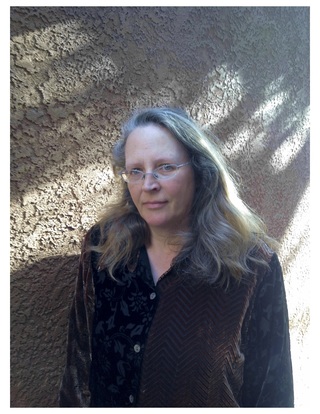 Caroline Fraser is the author of Prairie Fires: The American Dreams of Laura Ingalls Wilder, winner of the Pulitzer Prize for biography, the National Book Critics Circle Award, BIO's Plutarch Award, and the Heartland Prize. Her writing has appeared in The New York Review of Books, The New Yorker, The Atlantic, the Los Angeles Times, Yale Environment 360, and the London Review of Books, among other publications. She lives in New Mexico and Washington State.

Human beings have a tendency to get sucked into dodgy belief systems, often never to escape, argues the philosopher. From UFOs to homeopathic medicine, Stephen Law chooses the best books on 'pseudoscience.' 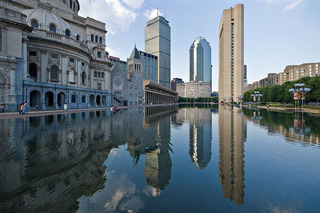 A Guardian Long Read, "Dying the Christian Science Way" explores how the author's father died of untreated gangrene in a Christian Science nursing home, without medical care or painkillers, a practice condoned under law and covered by Medicare.