Did You Know? Facts About Christian Science

•   that Ginger Rogers was a Christian Scientist?

•   Jean Harlow, actress whose death was widely rumored (inaccurately) to have been caused by Christian Science

•   Peter Horton, actor known for his role on TV show Thirty Something

•   Jean Stapleton, actress (Edith on All in the Family)

•   that Alan Shepard, whose wife and mother were Christian Scientists, took a copy of the first edition of the Christian Science Monitor to the moon with him on Apollo 14?

Did you know that Ellen DeGeneres (of Ellen) was raised as a Christian Scientist and has said less than flattering things about it?

Did you know that these athletes were raised as Christian Scientists?

•   Shannon Miller, Olympic gymnast (who broke with her religion to have surgery for a sports-related injury)

Did you know that Christian Scientists are among the rich and powerful?

Christian Science is arguably one of the most politically powerful religions in America, although it is also one of the smallest recognized sects (it releases no membership figures but probably has about 65,000 members). Many Christian Scientists have held public office or powerful positions in government.

•   Two recent heads of the C.I.A. were Christian Scientists: Stansfield Turner and William Webster (who headed both the F.B.I. and C.I.A.).

•   At one point in the recent past, five members of the United States House of Representatives were either Christian Scientists or have close ties to the Christian Science Church, all Republicans: Christopher Shays of Connecticut, David Dreier of California, John Edward Porter of Illinois, Lamar Smith of Texas, and Robert Goodlatte of Virginia.

•   Influential Christian Science Congressmen in the past have included Senator Charles Percy of Illinois, who served from 1967-1985 and was a member of many powerful Congressional committees.

Did you know that Christian Science is the only religious practice covered by insurance, including Medicare?

•   Christian Scientists have their own system of "nursing homes," staffed unregistered Christian Science "nurses," which provide no medical care, only prayer. Services in these facilities, which are entirely religious in nature, are covered by Medicare/Medicaid, a privilege afforded to no other religious movement in the U.S.

•   Christian Scientists are exempt from laws protecting children from neglect, thanks to the lobbying of their Church.

•   These laws also protect other faith-healers who seek to withhold all medical care from their children.

•   Christian Scientists claim that their religion works as well or better than medical science, yet recent studies suggest that they have a higher death rate than comparable groups. A 1998 study published in the scientific journal Pediatrics found 172 children who died as a result of medical neglect bertween 1975 and 1995. 28 were Christian Scientists, and the majority of the deaths in the study could have prevented with medical care. Many more children's deaths due to medical neglect undoubtedly go unreported and undiscovered by authorities.

Did you know that

•   Mary Baker Eddy (founder of Christian Science, who defined her religion as the Second Coming) claimed to have raised her secretary from the dead?

•   The Mother Church in Boston, the so-called Vatican of Christian Science, remains the largest church building in that city. The I.M. Pei-designed campus that surrounds it is a city landmark.

•   The Mother Church contains the famous "Mother's Room," an apartment luxuriously designed for Mary Baker Eddy with gold-plated pipes in the bathroom, an onyx mantelpiece, and a rug made of eider duck skins.

Did you know that there's a connection between New Age groups and Christian Science?

•   Christian Science is a powerful influence and inspiration behind a number of modern-day philosophies and New Age movements, including The Course in Miracles, made famous by Marianne Williamson; the Church of Scientology; and the positive-thinking theories of Norman Vincent Peale, Deepak Chopra, and Andrew Weil.

Did you know what's happened to the Christian Science Monitor?

•   The Christian Science Monitor, founded by Mary Baker Eddy in 1908, winner of 7 Pulitzer Prizes, was once one of the most respected newspapers in the world, but stopped print publication in 2009. It's now available as a weekly print magazine and emailed newsletter.

Did you know that over 1,070 Christian Science churches have closed since 1987?

Did you know that the Christian Science Church regularly mounts campaigns against publishers who bring out books critical of their religion; bookstores and libraries that carry such "obnoxious" books; and authors who write them?

•   In 2000, Virginia Harris, then the head of the Church, appeared on "Larry King Live" and denounced Caroline Fraser and God's Perfect Child.

•   The Church refuses to print the subtitle of God's Perfect Child ("Living and Dying in the Christian Science Church"), because it is an acknowledgement that Christian Scientists die.

•   The unsigned Christian Science Monitor review of Fraser's book compared her to Louis Farrakhan; other Scientists have likened her activities to Hitler invading Poland.

Did you know that there are nonprofit organizations devoted to educating people about religions that promote the medical neglect of children?

•   Children's Healthcare is a Legal Duty, Inc. (CHILD, Inc.), founded by Rita and Doug Swan in 1983, is no longer active, but their archives can be found at www.childrenshealthcare.org 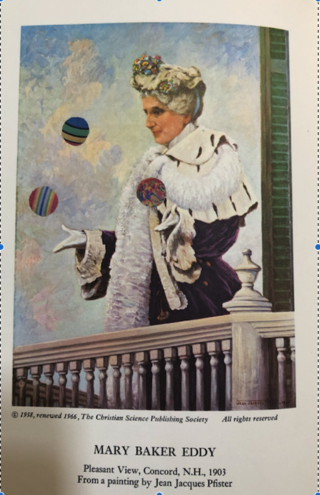